The book collecting bug first bit me while I was still on active duty as an Army officer.  During a break in a NATO exercise in Great Britain, I stumbled upon a cache of Kubasta pop-ups at a Portsmouth car boot sale and was immediately hooked by their vibrant colors and clever kinetics.  With time I realized that when I found nice duplicates while out hunting, I could purchase them and then sell them to other collectors to support my habit.  One thing led to another, and almost before I knew it, I was a part-time book dealer.

Understanding full well that I was going to have a long life ahead following my Army service, I earned a doctorate with a concentration in Higher Education and a cognate in Business Administration from the College of William and Mary while still on active duty.  After I retired in 1994, I accepted a dual-hatted civilian position as a Vice-President at the Marine Corps University and the Director of the Marine Corps Research Center where, among other responsibilities, I provided oversight for the Library of the Marine Corps and the U. S. Marine Corps Archives and Special Collections.  My work with the archives and special collections heightened my interest in ephemera and paper Americana, and in time, those interests took center stage in our business as well.  Now, we seldom sell any books at all.

Since my second retirement in 2012, I’ve devoted more time to the trade and taken a number of  Rare Book School Courses at the University of Virginia, eventually earning a proficiency certificate.  Also, after considerable urging by Nick Cooke of Black Swan Books in Richmond, I became a member of the ABAA and eventually served a term as the Chairman of the ABAA's Southeast Chapter.

I first became interested in postal history in the mid-1970s and exhibited competitively on the APS show circuit.  While assigned to the DC area as a young captain, I became a customer of a retired dentist, Bob Fried, who sold stamps and postal history under the trade name, Stamps with Teeth.  He needed a show helper, so I began assisting him most weekends.  Once I transfered, I continued to collect and exhibit for a number of year before losing interest, and it's only been since 2014 that we've begun selling at stamp shows once more.

If you're interested in learning more about how I got into this business, you can read an interview I did for Bruce McKinney's Rare Book Monthly or watch the interview I did as part of Michael Ginsberg's on-going project to document the personal histories of ABAA booksellers. 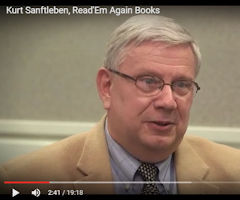 And . . . if you really want to know more about me, you can view my speaker's biography or resume. 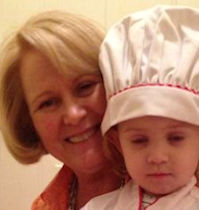 One of my most vivid childhood memories is regularly visiting the Key West Library, which was then housed in an old home.  There, I spent hours exploring the children’s section under the stairs to the second floor.  I don’t think I ever left the building without struggling to carry a dozen or so books back home.  To this day, I’m a voracious reader and not having a book at hand can cause a sense of panic.  During my 36 years of federal service before my retirement as a Deputy Director within the Health Affairs Office of the Assistant Secretary of Defense, I always kept a book at work, a book at home, and an audio book in my car for the commute.  Perhaps it is somewhat blasphemous for a bookseller, but my trusted Kindle Paperwhite travels with me, loaded with pages of titles I can read anywhere without damaging a physical book.

Since my retirement in 2013, I’ve attended the Colorado Antiquarian Book Seminar and taken a more active role in our book business.  I do most of the administrative and financial management as well as coordinating the scheduling of and travel to the book fairs where we exhibit.  I  enjoy our book fairs, especially when customers happily go home with a long sought after item or new treasure.