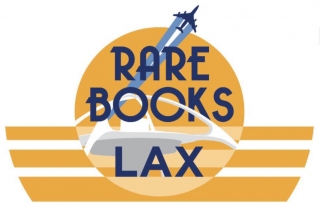 This one-page stampless letter was written in Liverpool on January 15, 1825 and carried to the Black Ball Line’s agent. It was dispatched on the packet ship, James Cropper, which departed on January 22 and arrived in New York City on March 3 after which it was forwarded to Petersburg. It bears a straight line “SHIP” hand stamp in red and a corresponding circular New York transit stamp dated March 2. It also bears a manuscript “20¾” postage rate (18¾ cents for postage plus a two-cent ship fee). See Pullin, p 186. The letter is in nice shape.

In this letter, the Maxwells inform the Cunninghams about the prospects for selling tobacco and cotton in England during the next year:

“We have little to add to what we wrote to you . . . on the subject of Tobacco, except that there appears some expectation that Government, during the next session of Parliament probably may propose some reduction in the duty. If so it may throw some life into the market & probably improve prices a little but the stock in England is too weighty to expect any material rise. . .. an interesting document on the Cotton Trade . . . the vast consumption of this article in England & the great reduction in the stock as Companies with what it was at the close of the previous year. Future prices depend on a great increase in the supply we are to receive from the U. States in 1825. . .."

The Cunninghams were prosperous long-time Petersburg merchants who dealt primarily in the tobacco trade. The family also operated a large store just across the border in North Carolina, not far from South Boston and Danville along the primary stagecoach route to Petersburg. Nearby, they established an 8,000 acre plantation manned by over 190 slaves, which made them the wealthiest planters in the region.

A very nice example of a packet mail letter from England to an important family of Virginia-North Carolina planter-merchants regarding expectations for the tobacco and cotton markets.

Add to Cart Inquire
See all items in Business & Finance, Correspondence, Philately, Tobacco, Transportation
See all items by W A., G Maxwell to A., R Cunningham