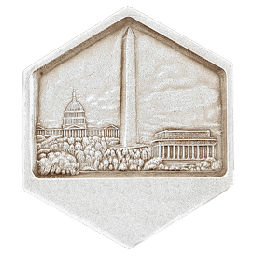 This two-page letter, dated 19 November 1889, is in nice shape with mailing folds. A transcript will be provided.

In this letter the Police Chief of Lancaster, Pennsylvania notifies a Rockingham County, Virginia to be on the look-out for two horse thieves:

“Wm. Storgend or Strogell . . . who has a sister . . . of Rockingham (all being colored people) with another man . . . (also colored) stole the following from John Stewart (colored) of this city. . . . A grey Horse, between 14 and 15 hands high, weight about 1300 lbs, all over fleabitten, no marks except a large went near root of his tail. A market wagon with top, running gears and two left wheels painted brown with yellow strip, two right wheels painted dark, the body painted black and striped red. . . . they said they were going in an entire different direction from what the did go and from all accounts are making their way to your place. . . . They said they wanted this team to gather bones. . . .”. Very good. Item #009300

In the nineteenth century, rag-and-bone men, often referred to as bone-pickers scoured city streets, gutters, alleys, and dust-bins for old bones, worn out clothes and blankets, and scraps of metal. They were generally quite emaciated as they normally dined on thrown-out leftovers, old bread crusts, and the meat they found on bones in the garbage or that they successfully begged from cooks and housekeepers. The tools of their trade were usually a greasy shoulder bag for carrying their finds and a crooked stick for rooting through piles of ash and garbage. Those who owned carts or wagons were envied by their colleagues.

Bone-pickers considered old cloth, rags, and bits of metal as prize finds as those could quickly be turned into cash, however bones were the staple of their trade. After the bone-men had gnawed off whatever meat was remained, the bones would be sold to processors who charred them in iron retorts and then ground them into powder (bone char) which was used to make black paint or ink, filter impurities from sugar, and improve yields in fertilizer. (See Walton’s online article, “Rag-and-Bone Men.” And “Bone Black” in the 1920 edition of The Encyclopedia Americana.)

An interesting letter referencing a crime associated with a line of work abandoned many years ago.