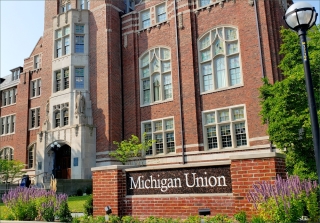 London to New York and Boston: 1813. Unbound. This two-page stampless folded letter measures 15.75” by 10” unfolded. It is datelined “duplicate London 30th January 1813.” The letter was forwarded to New York after originally having been addressed to Boston. It bears a straight-line “SHIP” handstamp and two receiving postmarks, one from Newport, Rhode Island dated May 15 and one from Boston dated May 19. There are two postage due rate marks. One for “12” cents postage due for delivery from London to Boston has been partially obliterated, and a second for “17” cents includes the additional cost to forward the letter to New York. The letter was carried from London to the United States by the American Brig Brutus as attested to by a manuscript annotation in the lower left corner. The letter is in nice shape with a hole—not affecting any text—where the wax seal was broken upon opening. A transcript will be included. In this letter, a London merchant asks for Parker’s opinion regarding a recent decree by the Prince Regent (the future George IV who ruled Great Britain during the final years of his father’s, George III, mental illness) that signaled a willingness to allow American merchant ships access to French ports if France would reciprocate with regard to British ports:

“Long before this you will have received the Prime Regents declaration, how it may be looked on in America we know not, but it is considered by all parties here, as an admirable state paper, chiefly on account of its truth and moderation. Glad shall we be to learn that its operation in America has been such as to produce something like a reciprocity in the case, then, there would be ground to hope that the unnatural War in which we are now involved would not be of long duration. . . .”

He also cautions that

“if the American Government is determined to continue their present course, till they have conquered Canada, or compelled the British Nation to alter or relax its code of Naval Law, the War must then be a long one, to say nothing of the Government. There is scarcely an individual in the Nation, that would not willingly risk its all in support of its ancient rights.”

The circumstances surrounding the delivery of this letter beg for further research.

First, it is possible that the delivery of this letter to Newport rather than New York is related to the British blockade of American ports. Rather than deploying British army forces to fight on land, on November 27 of 1812, the British Navy was ordered to begin blockading American ports and prevent any merchant or military ships from entering or departing those harbors. It did this in four successive phases, and the blockade of New York began in late May of 1813, however, the blockade of Rhode Island and points north was not begun until the following April.

That this letter is a “duplicate” is also puzzling, as is the ship that carried it. Presumably, the original of Pritt’s letter was first sent in January of 1812 and this copy five months later. This is possibly related to British interceptions of American vessels on the high seas, as only licensed ships carrying supplies needed by Lord Wellington’s army and prisoner-exchange cartels went unmolested.

British naval records reflect that the American Brig Brutus was seized in early January of 1813, but likely retaken, and American records suggest that the Brutus also operated as a privateer under a letter-of-marque throughout the war.

For more information see The Naval Chronicle for 1813," Vol 29, p 338; Coggeshall’s History of the American Privateers and Letters-of-Marque, and Frajola’s The British Naval Blockade during the War of 1812..

When President James Madison declared war upon Great Britain in June of 1812 for its seizure of American ships and impressment of men serving upon them, his act was seen as little more than an annoyance as England was preoccupied with its war against Napoleon. The Prince Regent, who had no appetite for wasting resources fighting a North American war and was also in need of American flour, was more than willing to broker a peace agreement providing the United States did not attempt to seize Canada and recognized Britain’s right to reclaim former English seamen who were sailing on American ships. Pritt’s letter expresses these same sentiments quite clearly and succinctly.

Quite an unusual letter documenting both British interest in quickly resolving the war as well as resolve with regard to ownership of Canada and “Naval Law” made all the more interesting by its timing, route, and mode of delivery immediately before the onset of the British Navy’s blockade of American ports.